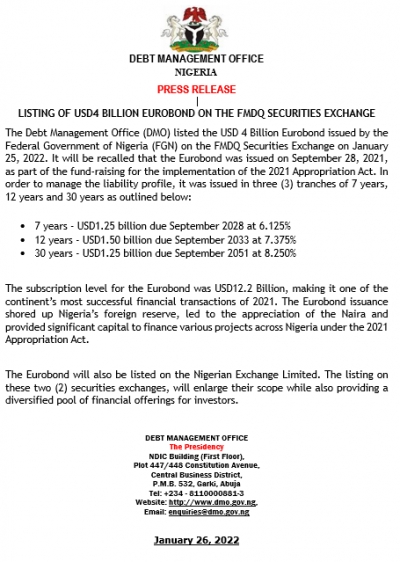 Listing of USD 4 Billion Eurobond on the FMDQ Securities Exchange

The Debt Management Office (DMO) listed the USD 4 Billion Eurobond issued by the Federal Government of Nigeria (FGN) on the FMDQ Securities Exchange on January 25, 2022. It will be recalled that the Eurobond was issued on September 28, 2021, as part of the fund-raising for the implementation of the 2021 Appropriation Act. In order to manage the liability profile, it was issued in three (3) tranches of 7 years, 12 years and 30 years as outlined below:

The subscription level for the Eurobond was USD12.2 Billion, making it one of the continent’s most successful financial transactions of 2021. The Eurobond issuance shored up Nigeria’s foreign reserve, led to the appreciation of the Naira and provided significant capital to finance various projects across Nigeria under the 2021 Appropriation Act.

The Eurobond will also be listed on the Nigerian Exchange Limited. The listing on these two (2) securities exchanges, will enlarge their scope while also providing a diversified pool of financial offerings for investors. 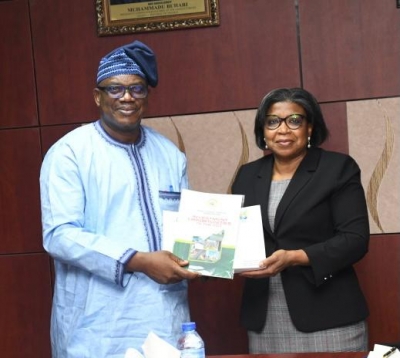 led by the Permanent Secretary, FCTA, Mr. Olusade Adesola, at the DMO head-quarters in Abuja on January 12, 2022. 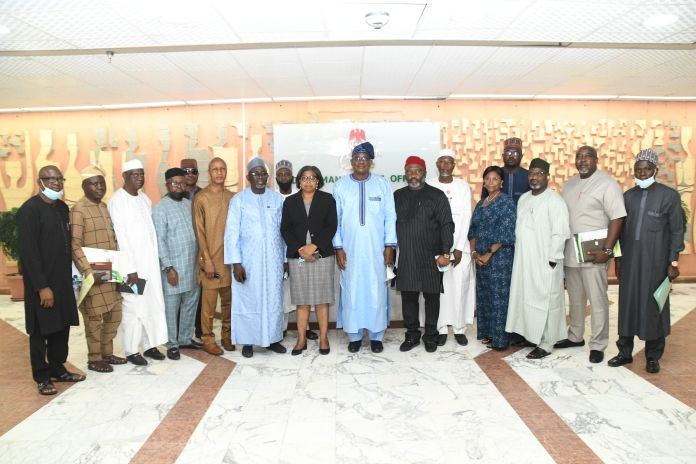 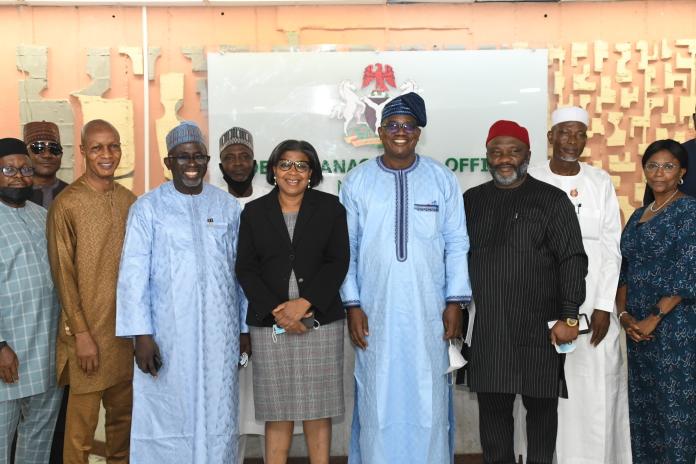 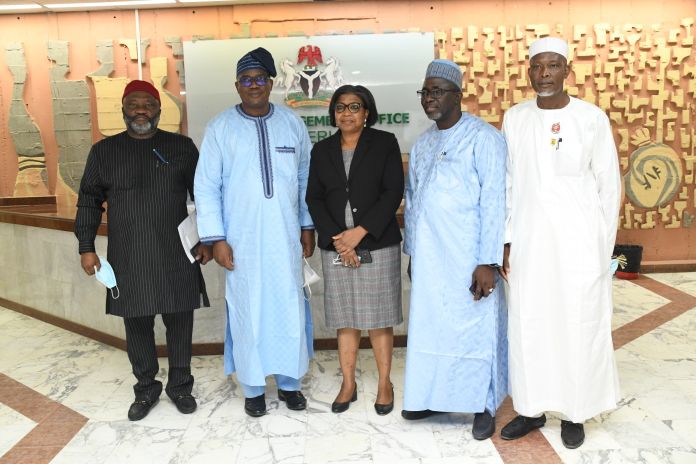 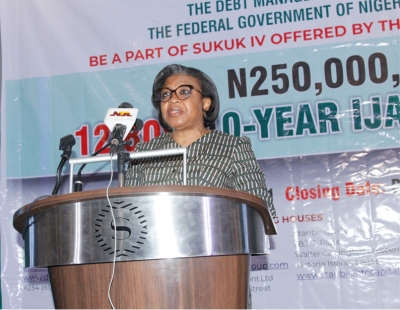 An analysis of the subscription data by the Debt Management Office (DMO) revealed high levels of subscription from banks and fund managers (including pension funds), as well as non-interest financial institutions, ethical funds, cooperative societies and retail investors.

The increasing level of participation by a more diverse and larger number of investors is a confirmation that the DMO’s objectives of issuing Sovereign Sukuk to grow the domestic investor base and promote financial inclusion is being achieved. In addition, the high subscription level is proof of investors’ acknowledgement of the impact the N362.57 Billion Sovereign Sukuk issued between 2017 and 2020 has had on the development of road infrastructure in Nigeria.

The DMO has reaffirmed that the proceeds of the N250 Billion Sovereign Sukuk will be used to finance the rehabilitation and reconstruction of road projects across the six (6) geopolitical zones and the Federal Capital Territory.

Investors now have a chance to partner with the Government towards the development of road infrastructure as the Offer Circular for a new Sovereign Sukuk of up to N250 billion has opened today.

This Sovereign Sukuk, which will be the fourth to be issued by the Debt Management Office (DMO) since its first Sukuk issuance in September 2017, is for a Tenor of ten (10) years at a Rental Income of 12.80% p.a. which will be paid half-yearly. The proceeds of the Sukuk will be used to finance critical road projects across Nigeria.

So far, through the issuance of Sovereign Sukuk in 2017, 2018 and 2020, the DMO has raised a total of sum of ₦362.57 Billion which have been deployed to the rehabilitation and construction of critical economic road projects across the country. The impact of the Sovereign Sukuk on road infrastructure in terms of job creation, travel time, safety and movement of goods have made the Sukuk a beneficial financial instrument for financing economic growth and development. 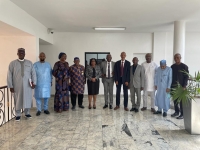 DMO meets with Executives of The National Pension Commission (PENCOM)

As part of engagement with its stakeholders, the Director-General, Debt Management Office (DMO), Patience Oniha, led a team of DMO executives to meet with top officials of PENCOM on December 1, 2021.

The meeting deliberated extensively on recent development in and on the plans of the two (2) institutions and concluded on areas of co-operation.

DMO organizes Workshop for its Oversight Committee at the National Assembly

The DG DMO, Patience Oniha, officially launched the Workshop on Executive Leadership for the Senate Committee on Local and Foreign Debts and the House Committee on Aids, Loans and Debt Management at the Zuma Resort, Niger State, on November 29, 2021.

The Workshop was organized by the DMO to interact with members of its oversight committees in order to promote understanding and mutual cooperation for the activities of the DMO. 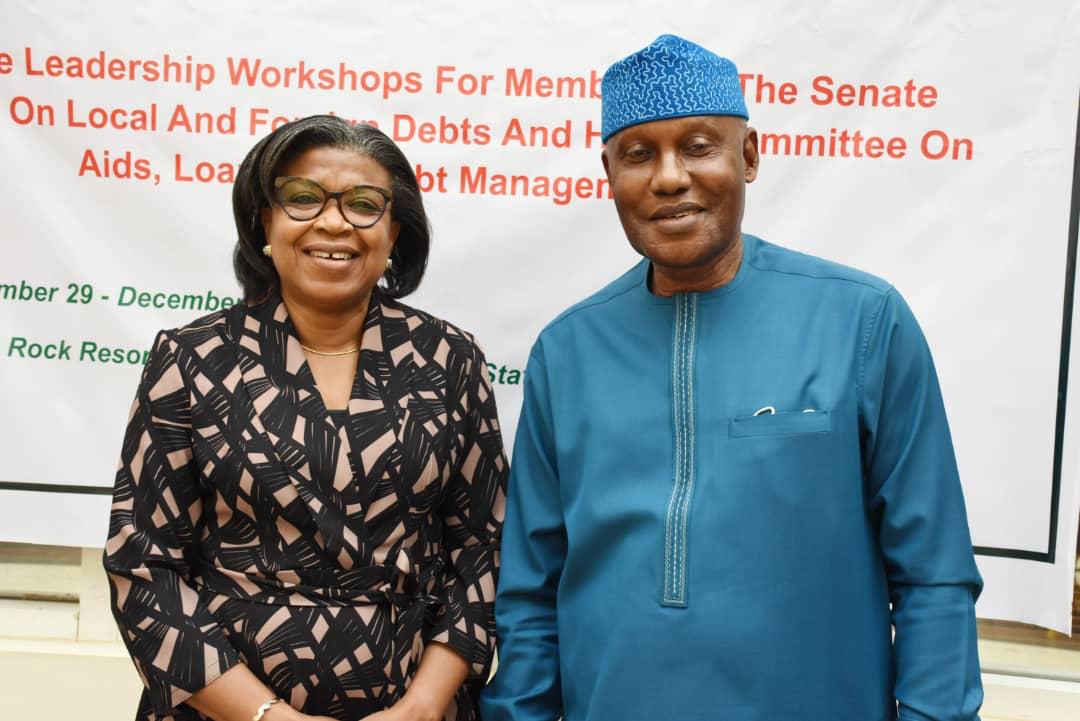 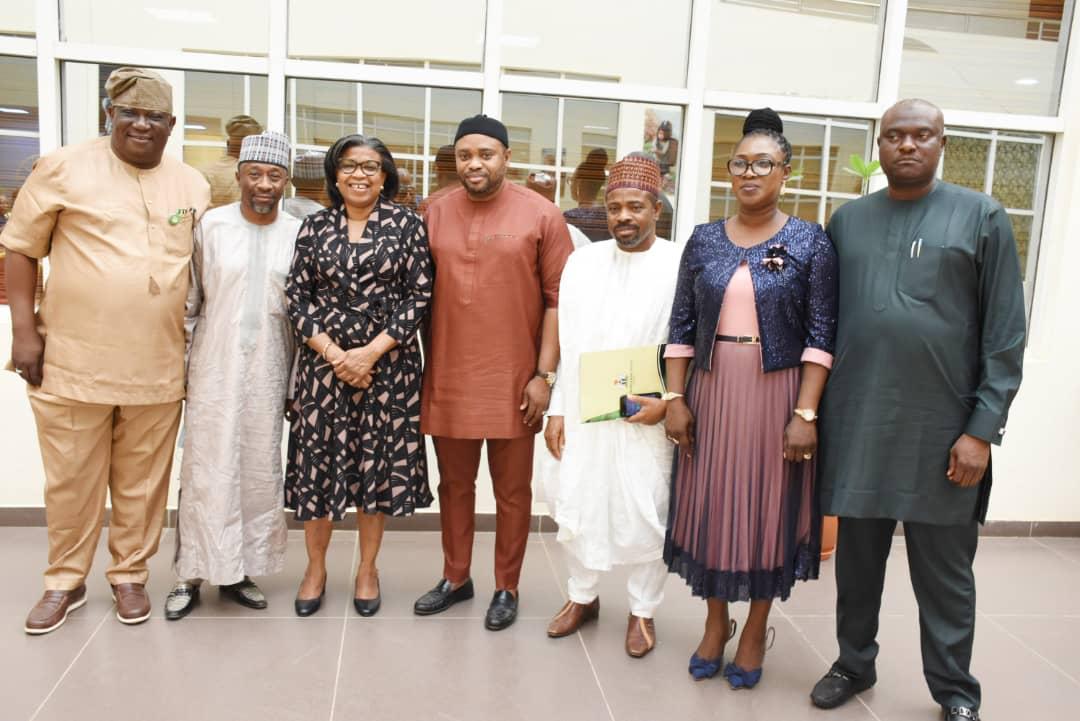 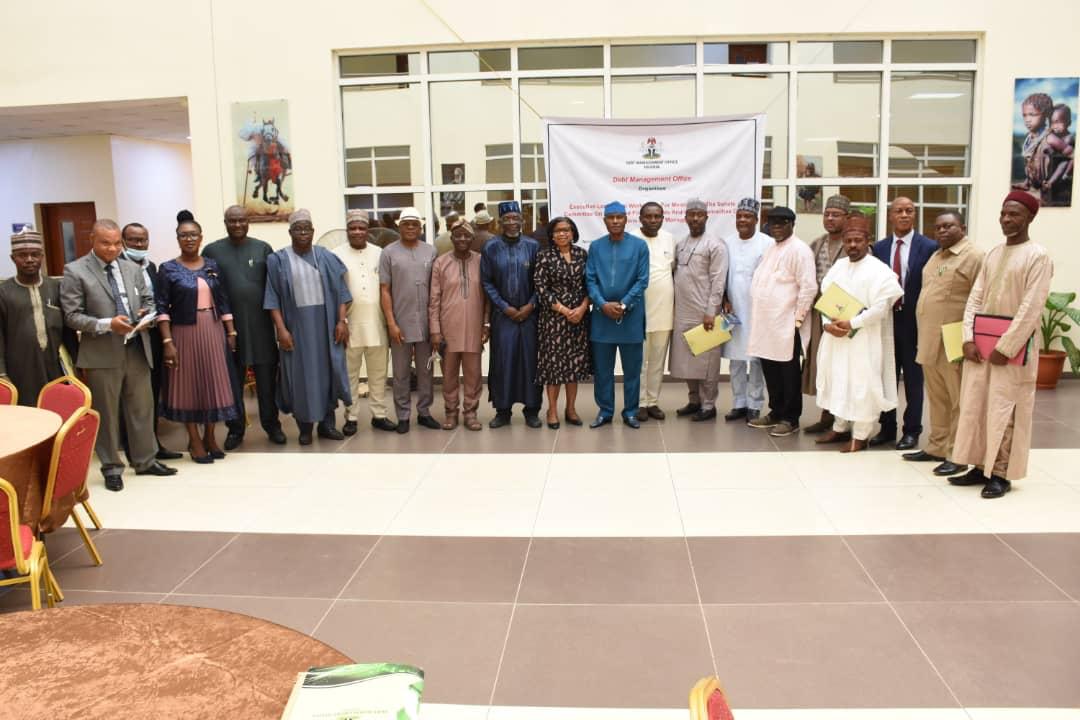 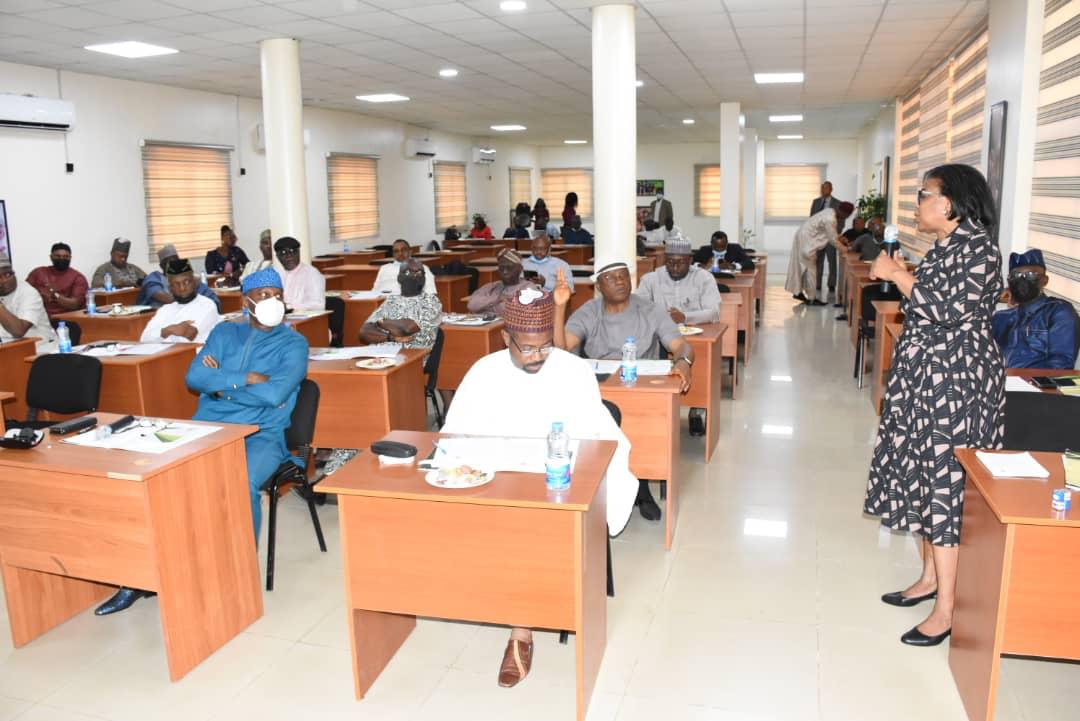 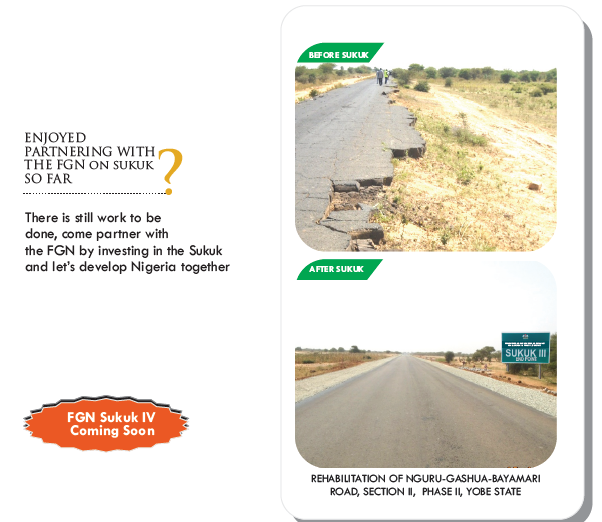 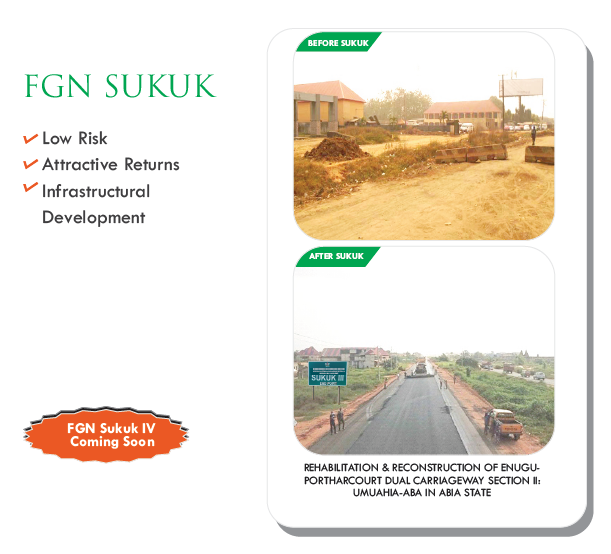 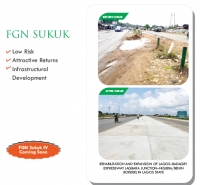 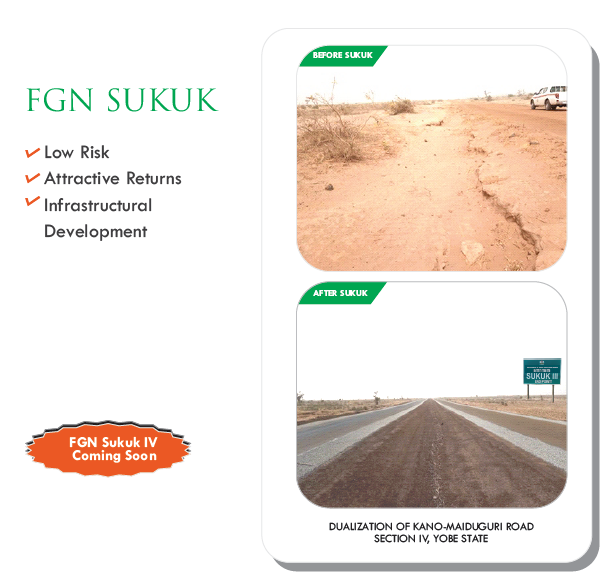 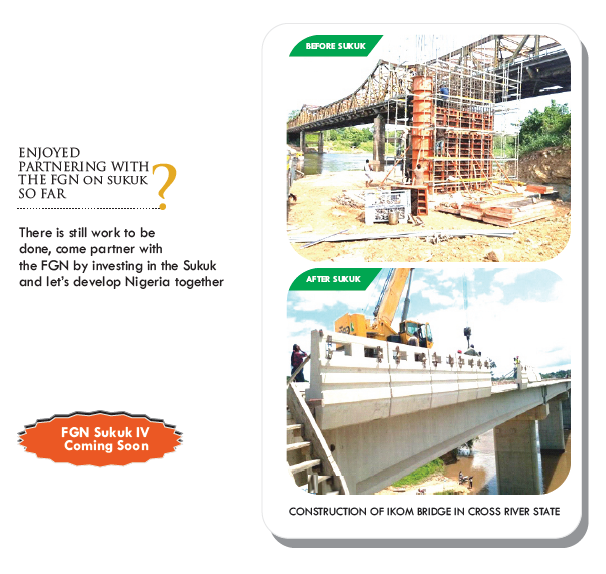 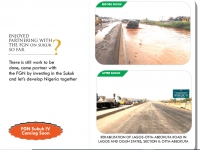 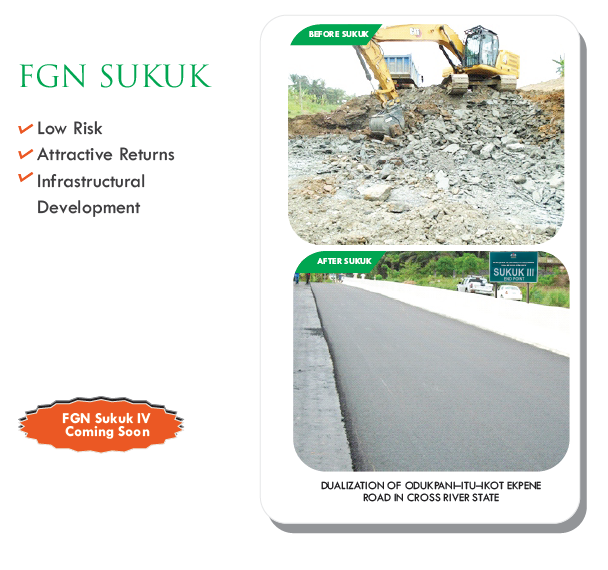 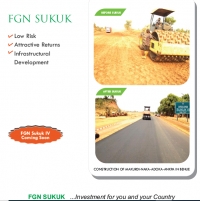 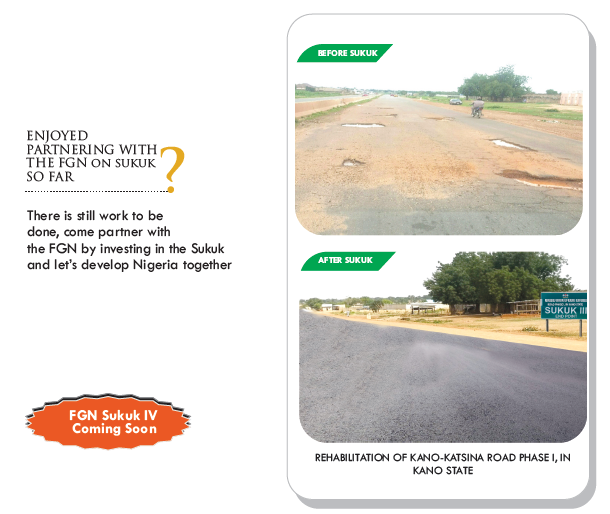 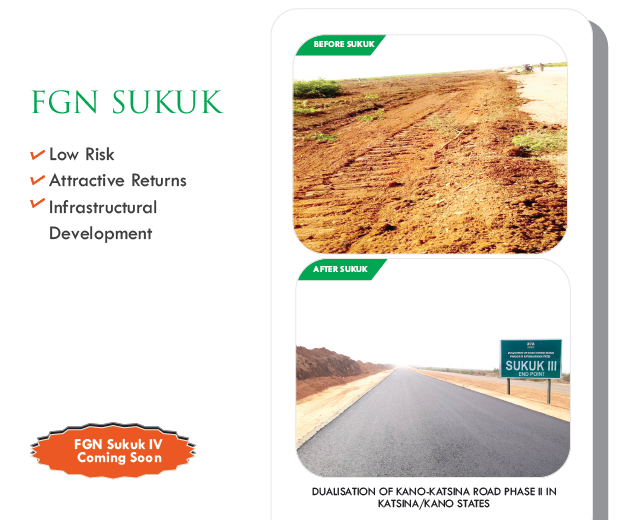 The Debt Management Office (DMO) is set to issue another Sovereign Sukuk this year for an expected amount of N200 - N250 billion to finance critical road projects across the country.

The DMO commenced the issuance of Sukuk in September 2017 as a strategic initiative to support the development of infrastructure, promote financial inclusion and deepen the domestic securities market. Subsequent to the debut Sovereign Sukuk in 2017 in which N100 billion was raised to finance the rehabilitation and construction of twenty-five (25) road projects across the six (6) geopolitical zones, the DMO issued a Sukuk for N100 billion in 2018 and another for N162.557 billion in 2020. The proceeds of these two (2) Sukuk issuances were also deployed to twenty-eight (28) and forty-four (44) road projects, also in the six (6) geopolitical zones. In summary, a total of N362.577 billion Sovereign Sukuk was issued between September 2017 and June 2021.

Since the debut Sovereign Sukuk in September 2017 whose benefit in terms of improved road infrastructure within and outside cities in Nigeria is clearly visible, the Sukuk has been commended as a viable instrument for financing infrastructure. The use of Sukuk, has enabled timely completion of the designated projects whilst also delivering the multiplier effects associated with construction of capital projects such as roads.

From enquiries received from the media and investors, the DMO expects a high subscription level for the Sukuk when the Offer opens.

The long tenors of the Eurobonds and the spread across different maturities are well aligned with Nigeria’s Debt Management Strategy, 2020 – 2023.

Nigeria Back at International Capital Market with Eurobond Offer

The Federal Government of Nigeria has announced plans for a Eurobond issuance in the International Capital Market (ICM). The last time Nigeria accessed the ICM was November 2018. Virtual meetings with investors have been scheduled for September 17 and September 20, 2021. In order to avail local investors, the opportunity to invest in the Eurobonds, meetings will also be held with local investors. This is the first time local investors will be included in the Roadshows, and this is one of the reasons why a Nigerian Bookrunner (Chapel Hill Denham Advisory Services Ltd) was appointed as one of the Transaction Advisers.

Through the Eurobond issuance, Nigeria is expected to raise up to USD$3 billion but no more than USD$6.2 billion. The issuance for which all statutory approvals have been received, is for the purpose of implementing the New External Borrowing in the 2021 Appropriation Act. Proceeds are for the financing of various projects in the Act.

In addition to providing funding to part-finance the deficit in the 2021 Appropriation Act, the issuance of Eurobonds by Nigeria benefits the country in many other strategic ways; amongst which are:

Overall, Eurobond issuances by Nigeria and the investor meetings that precede the pricing, have provided a strong global platform for Nigeria to tell its own story and opportunities available in Nigeria for investors.

The Transaction Advisers appointed by Nigeria for the issuance are: